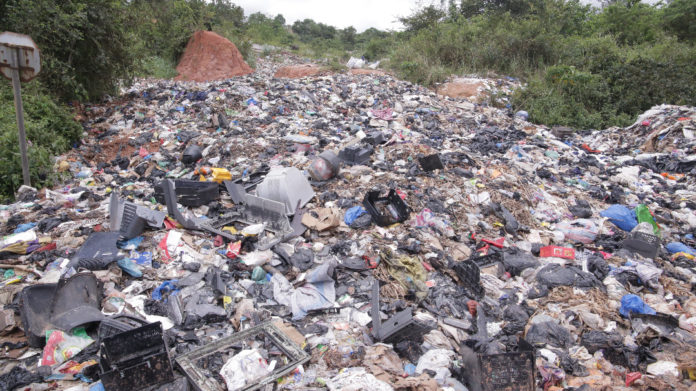 Residents of Abofour in the Offinso South District of Ashanti Region have expressed regret over the failure of the local assembly to evacuate a 50-year-old refuse heap in the community.

They told Nhyira news several attempts to get the assembly to relocate the dumpsite have proved futile.

The heap of refuse sits in the middle of the town and close to a stream, which is a source of water for many communities.

A liquid residue from the dumpsite flows directly to the stream, posing health and environmental risk to residents.

The Abofour community is engulfed with flies and an unbearable stench.

Residents living close to the refuse dump complain of frequent visits to the hospital for treatment of cases like malaria.

Attempts by the residents to get the refuse site relocated have yielded no results.

Oboy Justice says staying in the house can be hell.

District Chief Executive, Solomon Kesse, acknowledged the situation was a challenge to the assembly.

According to him, the Assembly was working to get the 50-year-old refuse evacuated.