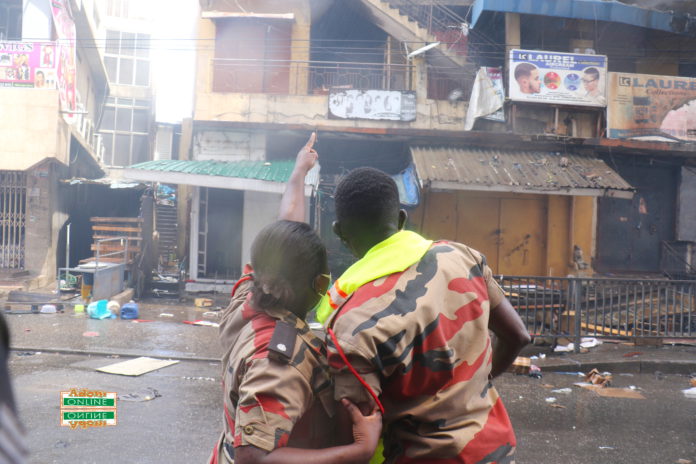 Joy News’ Manuel Koranteng reports that a warehouse in the middle of the three-storey building had smoke billowing on Tuesday morning.

The warehouse is said to be holding a lot of combustible materials ranging from fabrics, toiletries, sanitary products among others, thus, causing the reigniting.

After battling with the fire for 10 hours, the GNFS asked traders to access the building and salvage the goods that were not affected by the flames.

But during the process, thick black smoke was seen emanating from the building which started the fire again.

He insisted that his outfit had been working earnestly for over 10 hours to douse the flames and will ensure that the situation is under control.

“You should be here to see the building, there is no fire. It is only smoke and we have everything under control,” he told the host Kojo Yankson.