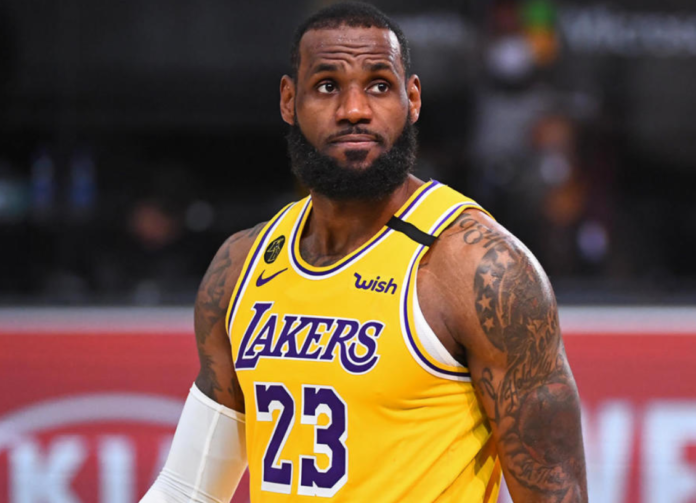 Although a lot of Michael Jordan fanatics will point to MJ’s now gaudy net worth as proof that he did it first, it should be noted that Jordan was unable to cross the billion-dollar mark during his playing career.

And even if his earnings were adjusted for inflation, he still wouldn’t have earned a billion dollars while he was still dominating the hardwood.

Since being drafted in 2003, LeBron has earned $330 million from his playing career.

This means that most of his earnings have come from merchandise, licensing, his media business, and endorsements.

In fact, his partnerships with AT&T, Beats, Blaze Pizza, GMC, Nike, PepsiCo, Rimowa, and Walmart net him more than $100 million a year.

Not only is LeBron the first active NBA player to become a billionaire, he’s also the first player in a United States team sport to reach that milestone.

This puts him in conversation with Tiger Woods, Floyd Mayweather, Cristiano Ronaldo, Lionel Messi, and Roger Federer as active athletes to have become billionaires.

And it won’t be long before another NBA star crosses this threshold.

Kevin Durant—who is currently at $580 million in career earnings—is expected to earn $1 billion during his playing career thanks to his 10 year deal with Nike and impressive investments through his Thirty-Five Ventures.