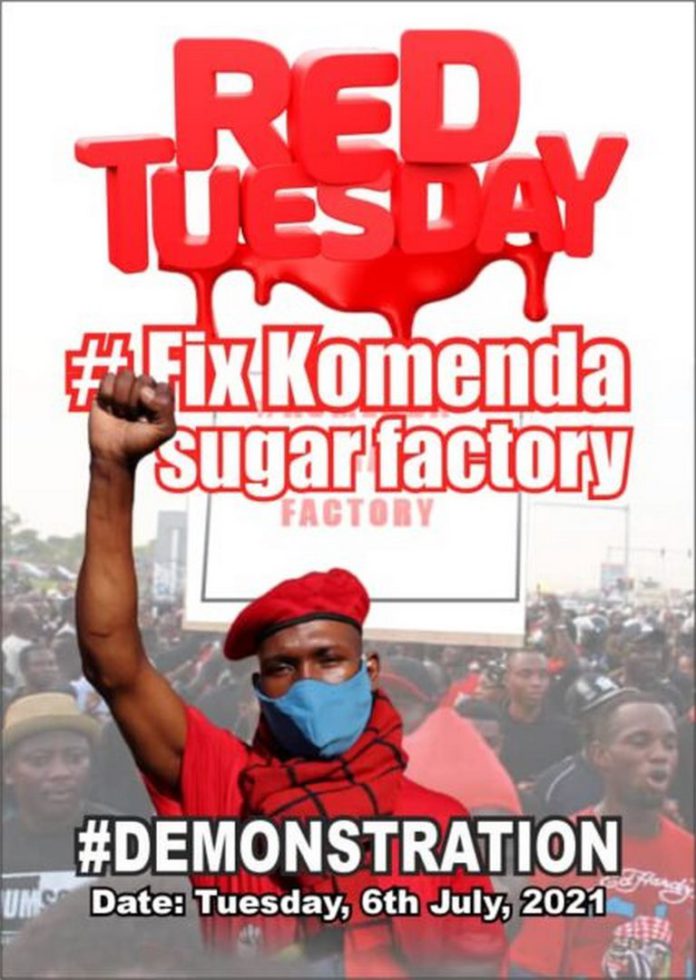 The decision follows a meeting with the Central Regional Minister, Justina Marigold Assan, the Ghana Police Service, and the National Security.

The group, in a statement, said the protest has been suspended for 13 days in order for “an open forum to be organised on Monday, 19th July 2021 between government officials – Regional Minister, Ministry of Trade and Industry, and all other stakeholders and interested parties within the region and beyond.”

“We want to state on the record that we have suspended this demonstration, not because of fear or intimidation from any quarters,” it added.

The open forum, which will take place at Komenda, will assess the measures put in place by the government to revive the abandoned sugar factory.

Meanwhile, the Central Regional Minister has agreed to receive a petition from the aggrieved party and forward same to the Presidency and the Ministry of Trade and Industry.

The group has, therefore, urged members of the general public to remain calm as it engages with the government.

“We entreat all concerned citizens and media to be present on the said date for the open dialogue. Let us remain resolute and unperturbed as we await the outcome of the scheduled dialogue,” it concluded.

The Fix Komenda Sugar Factory protest is to ensure government pays attention to the $60-million factory built by the erstwhile John Mahama administration that is yet to be operationalized.

Read the full statement below:

Nothing will change about fuel prices – CEO of Bulk Oil Distributors