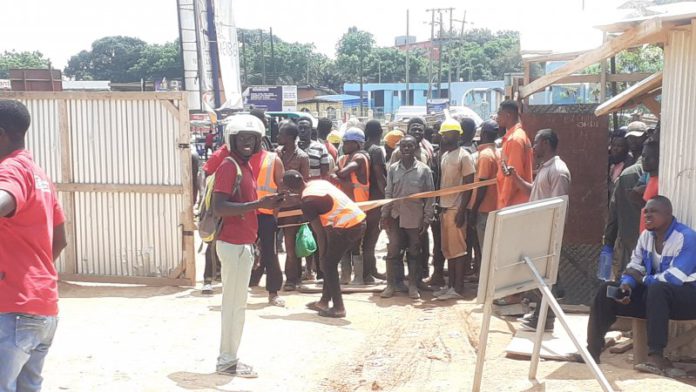 The Environmental Protection Agency (EPA), with support from the Police, on Friday closed down the Empire Cement Factory.

This was a Chinese cement factory at McCarthy Hills in Accra, for operating without permit.

The police halted operations at the site and sacked all workers in the factory, including the Chinese nationals for flouting the laws of the country.

Information gathered by the Ghana News Agency (GNA) revealed that the management of the company was given an interim permit by the EPA to manufacture cement paper but the company went into cement production without approval from the Agency.

Some concerned residents at the McCarthy Hill on June 7, 2021, protested against the project, sited near the Pambros salt mines enclave in the area.

The residents expressed worry over possible pollution from the cement factory.

Mr Eddie Quaynor, the Chairman of the McCarthy Hill Residents Association, in an interview with the Ghana News Agency, said though the exercise was long overdue, he commended the EPA and the police for the swift response to save the community from further “destruction.”

Mr Quaynor said the siting of the cement factory near the Pambros Salt Mines would pollute the water body and contaminate the salt, which would affect the health of the citizenry.

He said the Chinese had, on several occasions, disregarded warnings from the EPA to stop operations.

Some workers of the factory expressed worry about the situation, saying they were not aware that the factory was not permitted to operate and blamed the EPA for waiting for the factory to start operation before closing it down.