Danger as parts of Ellembelle road cave in [Video] 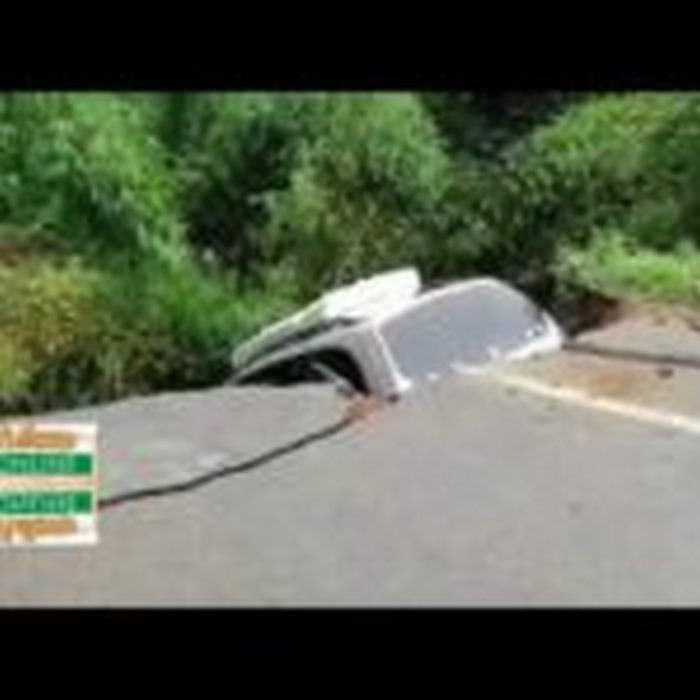 Parts of the road linking Nzema Aiyinasi and Menzezor in the Ellembelle District of the Western Region have caved in.

The disaster occurred after a heavy downpour at about 11:00 pm on Friday in the area.

According to him, the rampant dumping of refuse in a culvert attached to the road caused the road to cave in.

“A covert attached to the road caused the disaster. The covert was constructed in 1954 and at that time, the place was not developed and there were no settlements till recently when we had people settling in that area, the pressure from buildings and slow water also accounted for it. The town was not all that busy till people started building. The drainage system was very bad and so that caused it,” he said.

The situation, he said, has led to the blockage of the road to Nzema Aiyinasi and Menzezor, leaving commuters stranded.

Mr Bozo said a vehicle heading towards Jomoro from Takoradi was also trapped in the disaster and fell into a deep pit, adding it took the efforts of residents to rescue the vehicle.

Meanwhile, he has assured his outfit and some authorities were trying hard to have the broken road reconstructed.